Amazon is the name on everyone’s lips these days.

Post-Amazon Prime Day, retail and e-commerce businesses are paying extremely close attention to Amazon’s performance and how customers are responding. In many ways, the entire industry is watching Amazon’s every move to see what the next big trend will be. I mentioned in our 2019 retail trends that Amazon controls 49% of American e-commerce spending and 5% of American retail spending overall. Given the trends, it’s likely the percentages have likely gone up.

The retail apocalypse is here, but the retail industry has yet to collapse. Instead, it’s undergoing a sea change with Amazon at the helm that will ripple across many industries. What businesses must do is adapt.

What happened on Amazon Prime Day 2019?

Prime Day 2019 was actually Prime Days. Amazon expanded its one-day event to two days: July 15 and 16. It functioned the same as any other Prime Day, with exclusive deals offered to Amazon Prime members, but the length of the sale was extended.

With more than half of American households owning an Amazon Prime membership in time for this year’s Prime Day, Amazon expected to make record-breaking sales. According to retail researcher Coresight, Amazon's sales totaled $5.8 billion on Prime Day and its e-commerce market share is now 37.7% in the U.S. (and 4% of total retail market share). While exact figures vary, the conclusion is the same: Amazon is the top dog, and everyone else is just trying to keep up.

But maybe the most compelling outcome of this year’s Prime Day is that all retailers saw a huge lift in sales, not just Amazon. Large retailers with more than $1 billion in annual revenue saw a 64% increase in online sales on the first day of Prime Day compared to a typical Monday, and a 72% increase on the second day compared to a typical Tuesday.

While many people were boycotting Amazon in solidarity with Amazon workers protesting their working conditions, other retailers made it easy to avoid the retail giant by offering deals of their own. Part of the reason large retailers saw so much increased revenue was because they were offering Prime Day deals of their own.

Notably, Target marketed its Prime Day deals as “no membership required,” which is an extremely smart play when Amazon Prime membership prices are on the rise. In 2018, Amazon raised annual Prime membership price from $99 to $119, ostensibly to offset rising operating costs. However, rising prices clearly haven’t deterred loyal Amazon users, considering how membership has risen every year and Prime members spend on average more than $2,000 a year on Amazon than non-members.

If you can't beat Amazon, at least try to compete

The wisdom of “if you can’t beat ‘em, join ‘em” doesn’t exactly apply in this situation. I strongly doubt large retailers would allow themselves to be subsumed by Amazon. However, if Amazon is the new e-commerce ideal, it behooves competitors to adopt similar practices. For instance, during its Prime Day sale, Target offered free two-day shipping, a feature Amazon has made standard for Prime members.

While smaller businesses certainly can’t compete on the same playing field, there are still lessons to be learned from Amazon. Your store should be easy to search, for instance, so customers can quickly and easily find exactly what they want. And, leveraging AI in the form of e-commerce personalization software will provide that signature Amazon “products related to this item” experience to help customers fill their carts. These options are accessible to even the smallest e-commerce stores.

The main thing for small businesses to focus on is that if they are too small to compete with Amazon directly, they must lean into what they do well and to be upfront about where they may fall short. For example, if a business cannot offer free two-day shipping, maybe it can offer free five-day shipping. Or, if shipping is not free, focus on the fact that each item is hand-packed to ensure it makes it to its destination safely. Smaller operations can offer a personalized, hands-on experience that Amazon simply cannot. 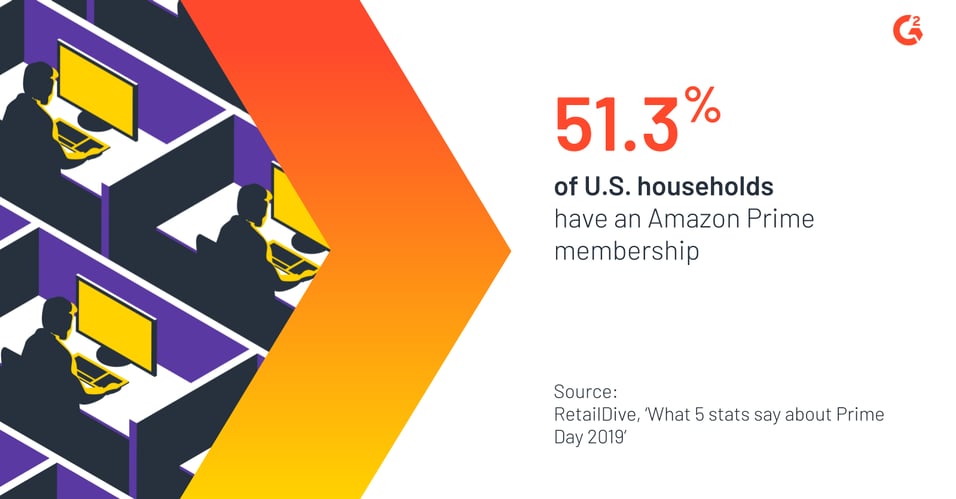 There are certainly ways other retailers can iterate on the Amazon model and play to their own individual strengths. The rise of “click and collect”—buying items online and picking them up at an associated store—has proven there’s still a need and desire for brick-and-mortar stores. In some cases, “click and collect” can even be faster than Amazon’s two-day shipping and involve fewer logistical concerns. After all, driving to the store to pick up an item eliminates all need for shipping, as long as the item is currently in stock.

Even though Amazon has only a handful of cashierless Amazon Go stores, other retailers are already looking into implementing a similar model. Standard Cognition has raised $86 million in venture capital funding to continue to build out its AI-powered computer vision program to create cashierless stores. If it takes off, a multitude of retailers could compete directly with Amazon Go stores. If this technology can be perfected and implemented before Amazon’s, there’s real potential to beat Amazon at its own game.

Interestingly, research has shown shoppers spend less at Amazon Go stores than grocery stores, convenience stores, and pharmacies: consumers spend an average of $7 to $15 at Amazon Go compared to $20 to $25 at other retailers. This shows that Amazon has not yet dominated the brick-and-mortar space. While Amazon is certainly attempting to disrupt retail, retailers are taking business aspects they’ve been perfecting for decades (e.g., cashierless payment) and running with them to improve operations. Amazon may be disrupting retail, but remember, brick-and-mortar retailers are the real experts.

What's next for retailers in an Amazon-dominated world?

Amazon isn’t going anywhere anytime soon. Will its ventures into brick-and-mortar succeed? Time will tell. Currently, the fact it’s building more Amazon Go stores suggests confidence on its end at the very least. It certainly has a lot to be optimistic about on the e-commerce front.

So what can other retail businesses do? The first step should be looking into integrating omnichannel marketing techniques into their business plans. You have to at least be on the same playing field to compete, so retailers without an e-commerce presence need to begin building one. Amazon has not yet mastered integrating its e-commerce offering with the brick-and-mortar space, so businesses that excel at traditional retail will have a leg up.

At this point, surpassing Amazon is a pretty lofty goal. A more realistic goal is carving out a space in the Amazon-dominated world we live in. For now, brick-and-mortar retailers are not in danger of going extinct, but one cannot ignore the rash of store closings and bankruptcies occurring in the retail industry. Retailers simply must become smarter, utilizing technology to help them succeed.

At least Prime Day only comes once a year … for now.

To learn more about the retail industry, check out our 42 Retail Statistics from 2019.

Lauren is a market research analyst focusing on the e-commerce and retail industries. Since joining G2 in July 2017, she has focused her energy on consumer-driven spaces after spending time in the vertical, design, and CAD software spheres. She graduated from the University of Chicago with a degree in English language and literature and her writing and research has been cited in publications such as Forbes, Eater, and Nasdaq.com, among others. She enjoys building and sharing her knowledge, and in her free time enjoys reading, knitting, and gaming. Her coverage areas include retail technology, e-commerce, and restaurant technology. 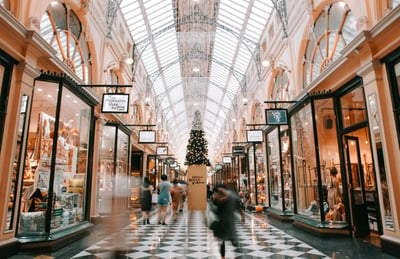 Whether you like it or not, the holidays are quickly approaching. 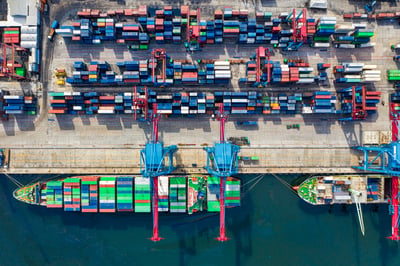 How to Keep Supply Chains Up and Running During Major Disruptions

While supply chain management is a relatively new concept, trade is one of the oldest human...