As I sit here in the airport lounge at Philadelphia International Airport, I'm thinking about the security checks I’m ever so familiar with these days.

Today, for example, was my tenth in two weeks. And every time I get to security I show both boarding pass (most often a mobile phone screen) and some form of ID at least once, sometimes more. There are airline employees, airport employees, and TSA agents at a minimum looking at that ID every time.

That’s only domestic U.S. travel: Add in international, and even more agents and employees must touch that ID, and often other documents like visas. Each organization involved in that process has some, if not extensive, identity data on me; just not the same data. Travel in general is a great illustration of the issues with data silos. Each holder of some type of identity data—governments, airlines, hotels, businesses, etc.—have their own source of truth, or develop it based on documentation (or biometrics) you’re carrying with you.

Blockchain is in the top five overhyped technologies for 2019, but overhyped doesn’t mean not useful, nor lacking in many interesting use cases and potential. Inherent in blockchain is its capability to securely and accurately verify the “identity” of anything. (I won’t take you through a full blockchain definition in this post.)

This functionality is one of the most promising use cases for blockchain, both for people and for things. Solving the “identity of things” problem, it turns out, is quite difficult and has high value. According to Visual Capitalists, counterfeit goods cost the global economy $323 billion in 2018. Counterfeit goods fall into two basic types: knockoffs and pirated. Pirated counterfeits are mostly centered on intellectual property theft including music, content, and software code, but can also be diverted shipments of almost anything. Knockoffs can be almost any consumer good, and with the growth of 3D printers, are even more prevalent.

Counterfeit goods cause economic damage in several ways, but the impact on brand perception is probably the worst from a seller perspective. As a consumer, though, there is more than just brand perception at risk. Knockoffs can be of poor quality and can cause injury and even death; this becomes particularly dangerous with counterfeit drugs and medical devices.

Diverted or gray market goods are a much larger problem than most people suspect, but the exact impact is difficult to estimate, although it is most likely in the tens of billions USD. Things that have serial numbers can be traced, of course, but most goods do not come with serial numbers. Barcodes alone can’t solve the problem either, since barcodes are difficult to serialize and thus are not individualized. However, combining barcodes or QR codes with a blockchain has the ability to serialize any product. (One such example is LocatorX, which has a blockchain-enabled label platform that can produce and track serialized and secure barcode labels.)

Identifying people can simplify the verification process while also providing additional security. The technology can connect identity data silos across government, airlines, and beyond.

Zamna, which recently closed a funding round, developed the Advanced Passenger Information (API) platform to connect passenger identity information including biometric data to security organizations, airlines, and governments. The API uses a blockchain to secure and manage the data. Zamna claims it can eliminate up to 90% of manual checks, which would certainly speed up that security line at the airport. The company is working with the airline Emirates and the UAE’s General Directorate of Residency and Foreigners (GDRFA) on a pilot of the program.

The other issue a blockchain-enabled system could solve is related to refugees and other displaced people. Since identity documentation currently requires governmental participation and is established by presenting documentation issued by a government authority, it can be very difficult for people fleeing an adverse situation to either get documentation or have that documentation with them. The United Nations High Commissioner for Refugees (UNHCR) is working Microsoft and Accenture to develop and deploy a blockchain-enabled identity system to help address the refugee identity problem. This, according to the U.N., could help the 1.1 billion people worldwide who do not have a way to claim their identity.

Blockchain in the future

While blockchain might be overhyped this year, it can provide many benefits in identifying people and things. As you can see, there are several compelling use cases and solutions in development. It is still early for these solutions, but 2020 should see the steady expansion of these solutions.

And maybe someday I can get through airport security in under five minutes.

Disclosure: Michael is a board member at LocaterX. 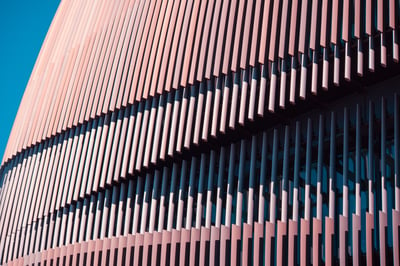 What do business leaders need to make the best, data-driven technology purchasing decisions... 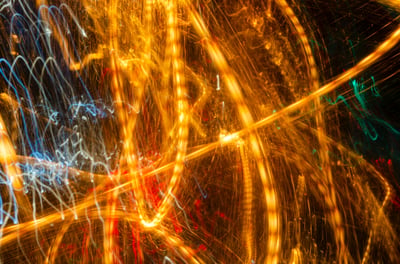 Throughout my time at G2, traffic patterns on G2.com category pages have been one of the most... 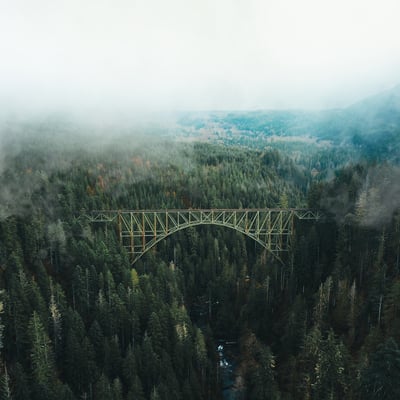 Moving a large number of employees to full-time "work from home" creates many...