When you think of an “influencer,” what comes to mind? Kim Kardashian promoting “detox tea” on social media? A beauty guru on YouTube showing off the latest MAC eyeshadow palette? A festive image of Santa Claus enjoying a bottle of Coca-Cola?

It might be hard to believe, but these are all examples of influencer marketing. After all, an influencer is an individual that impacts the purchasing decisions of others based on their knowledge, authority, or relationship with their audience. Like word-of-mouth marketing and online reviews, influencer marketing works because consumers are more likely to trust people they know—especially people they admire—more than they trust companies trying to sell products or services to them. Studies reveal Gen Z is more ad-resistant than previous generations, so marketers must use other tactics to reach younger audiences.

When we talk about influencers today, we’re usually referring to the social media influencers that proliferate platforms like Instagram and YouTube. However, the concept of influencer marketing has been around for nearly a century. In the 1930s, Coca-Cola commissioned an illustrator named Haddon Sundblom to create an image of Santa Claus to use in holiday advertisements. The ads from this campaign had a lasting influence on the way Santa Claus is depicted today, and led to the myth that Coca-Cola invented the modern-day image of Santa Claus. 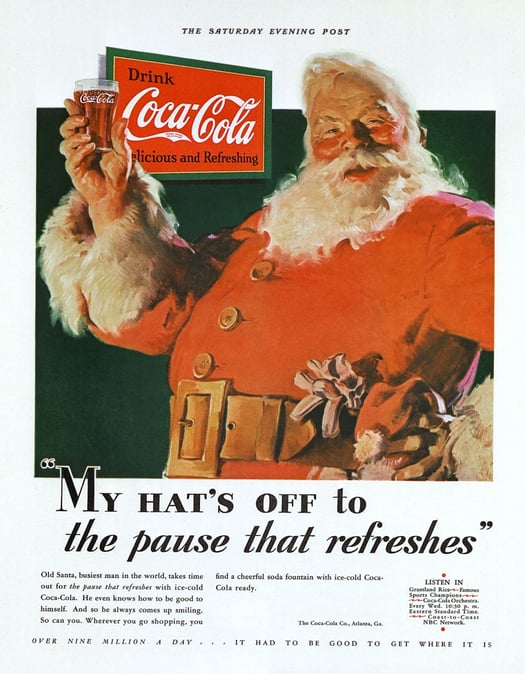 The rise of influencer marketing

Today, most consumers see influencer-sponsored content every time they open their Instagram feed. Instagram is one of the fastest growing social networks and has proven invaluable for influencer marketing. A 2017 study revealed 72% of consumers on Instagram said they made fashion, beauty, or style-related purchases after seeing something on Instagram.

There’s a strong emphasis on consumers in most studies about influencer marketing for good reason; influencers are usually leveraged by B2C companies. According to the same study from Influencer Marketing Hub, about 69% of marketers use influencer campaigns to target the B2C sector, versus 31% that use it to target the B2B sector. There are many reasons a B2C company might work with influencers, although they usually want to drive awareness of a brand, product, or service. Other popular objectives include increasing sales and encouraging user-generated content.

With B2C brands experiencing so much success with influencers, it’s likely that more B2B companies will adopt the practice and increase their spending on influencer marketing in 2020. Word-of-mouth marketing is powerful in the B2B industry, and influencers let these companies reach audiences they normally wouldn’t. Influencers in the B2B sector include industry experts, top corporate executives, and even small business owners. Although social media can be used in B2B influencer marketing as it is in B2C, other popular strategies include content marketing, guest blogging, events, and video testimonials.

Some major tech companies have attempted to regulate influencer marketing within their platforms, but many consumers continue to distrust the practice. In a 2017 Twitter chat, the Federal Trade Commission (FTC) announced that even it didn’t believe built-in social media disclosures for paid promotions were sufficient.

The FTC has periodically issued guidelines about endorsements, including influencer marketing. Its general rule states that “if there’s a connection between an endorser and the marketer that consumers would not expect and it would affect how consumers evaluate the endorsement, that connection should be disclosed.”

So, guidelines exist, but how are guidelines enforced? In the past, the FTC has reached settlements with brands including Warner Bros and Lord & Taylor after they failed to disclose that influencers had been paid for their promotions. However, when cracking down on individual influencers who don’t disclose ads, the FTC prefers to send warning letters.

Consumers aren’t the only ones wary of influencer deception—brands are at risk as well. According to a report from cybersecurity firm Cheq, influencer marketing fraud cost advertisers $1.3 billion in 2019. Influencer marketing fraud occurs when “influencers” purchase fake followers and pay for bots to like or comment on their posts; using fake engagement numbers entices brands to partner with them. As partnerships between brands and influencers have become increasingly popular, experts have shined a light on fraud. In 2018, a Points North Group study found that midlevel influencers—influencers with 50,000-100,000 followers—often have about 20% fake followers. Shortly after, consumer goods giant Unilever announced it would refuse to work with influencers who bought followers. “At best it’s misleading, at worst it’s corrupt,” Unilever marketing chief Keith Weed said in an interview. “For the sake of a few bad apples in the barrel, I believe there is risk in the area of influencers.”

Considering the legitimate value brands experience from influencer-sponsored content, influencer marketing isn’t going anywhere. That said, irresponsible and insincere campaigns can be detrimental to a brand. The key to success is building relationships with relevant influencers based on trust, shared values, and a commitment to transparency.

Brands considering leveraging influencer marketing should be careful to select influencers that align with their brand’s values and target audience. This can be a challenging task; 61% of marketers say it’s difficult to find the right influencers for a campaign, according to a survey from Mediakix, and spotting fake followers and inauthentic engagement is a top priority.

Fortunately, more tools are emerging to help brands tackle these challenges. There are more than 160 influencer marketing software products currently listed on G2. These solutions help companies manage all aspects of their influencer marketing campaigns. Discovery and outreach tools enable businesses to evaluate and build relationships with millions of influencers. Most platforms provide campaign management tools to enable marketers to run campaigns, manage workflows, collaborate with their team, and track the results of their influencer campaigns. Many platforms have realized the phenomenon of influencer fraud and use artificial intelligence to help brands identify influencers with real followers and genuine engagement.

What’s next for influencer marketing?

Influencer marketing has come a long way since the days of Santa Claus cracking open a bottle of Coca-Cola in The Saturday Evening Post. Influencer marketing is here to stay, although the influencers, campaigns, and strategies may change. One interesting development to keep an eye on is the emergence of virtual influencers like Lil Miquela, a computer-generated “model” on Instagram with more than 1.6 million followers.

With big tech facing increased scrutiny, it’s likely that influencer marketing’s watershed moment is around the corner. In the meantime, expect to see more posts on your feeds with the familiar hashtags #sponsored and #ad—and at the same time, a slew of thinkpieces decrying the dubious future of the influencer.

Stephanie is a research analyst at G2 concentrating on marketing and digital advertising software. Prior to joining G2, Stephanie spent four years in B2B marketing and corporate event planning at a small publishing company. This experience nurtured her passion for understanding how technology can help solve the unique challenges many small businesses face today. Stephanie’s areas of interest include brand perception, customer experience, local marketing, social media, and event planning. She received her B.A. in journalism and Spanish from Marquette University and in her spare time enjoys reading, gaming, and trying new vegetarian restaurants. 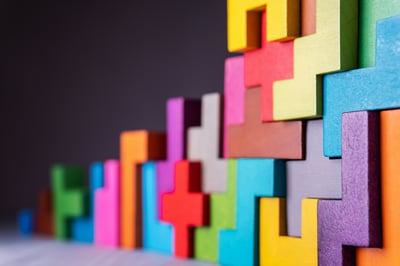 The G2 on the Digital Transformation of Brand Perception

Think about the last interaction you had with a brand. Maybe you saw a targeted ad on... 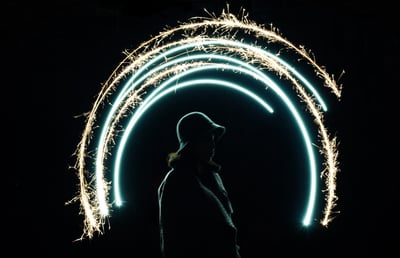 How to Improve Brand Perception with Social Listening

For marketers, one of the greatest benefits of social media is the opportunity to interact...

How to Balance Consumer Privacy and Personalization in Marketing

Every day, consumers are inundated with generic advertisements on billboards, subway ads, and...