Financial services institutions and fintechs are looking at techfins as a potential threat to their market share because of their scalability and the infrastructure and resources they already have in place. However, these worries may be unfounded. Much like the current collaborative climate that is blossoming between finservs and fintechs, the techfin-finserv-fintech landscape may take the shape of a triumvirate, with each branch fueling the other.  Collaboration between each of these three players in the financial services space means more access to better financial products for consumers, a reduction in operating costs for financial services on the back-end, and an increase in innovative solutions grounded in the realities of the financial services world. Easier access to better financial products can also help fuel growth in other sectors, particularly for small businesses by breaking down barriers that have historically have a difficult time accessing capital.

Partnerships between fintech companies, finservs, and big tech companies could provide the ultimate solution to the problems experienced by financial services companies. The need to maintain huge compliance teams to deal with regulations, the multitude of steps involved in foreign exchange, the difficulties in processing cross-border payments, and the massive operating costs involved in running a financial services institution are all issues that these partnerships can help solve. Partnerships equip techfins with industry inroads, fintechs with access to capital and a consumer base, and financial services with the tech and development know-how to produce quality products that solve actual problems. These alliances can ensure that back-end problems are tackled by people armed with proper insider knowledge, and that consumer facing products are created using the massive amounts of customer data that financial services companies have. However, the major hurdles techfins face impede progress so much that only finservs and fintechs will remain major industry players.

Why does techfin pose such a threat to finservs and fintechs? For one, they have the necessary infrastructure in place to release products at a large scale. Techfins also have massive amounts of resources and talent to quickly produce quality products. Their web of connections in the tech world—combined with access to the resources necessary to produce superior experiences that solve problems—make big tech dangerous entrants into the race for bringing financial products to the masses.

Several big tech companies have launched successful products that achieved a high level of adoption because they owned, and then leveraged, heavily used products in conjunction with new product launches. However, not all of these launches were successful. Google Wallet underwent a significant pivot after failing to generate market share because its launch was poorly handled and the company failed to attract buy-in from large finserv players. However, the fact remains that the majority of the techfin launches we’ve seen (ApplePay, WeChat Pay, Amazon Cash) have been wildly successful.

The key opportunities for techfins lie in payments and lending. In both spaces, they can leverage massive amounts of data coupled with AI to create and launch products consumers want and need. Techfins can dive into their troves of customer behavior data to see how people are buying, what they’re buying, when they’re buying it and set an AI to extract trends in this behavior. Product teams can use those trends and demonstrated behavior to lay out when and where people need access to capital and how they are moving money around in order to create products that address those needs. An example could be in-app or on-site access to personal loans in order to facilitate the purchase of a product. Or the launch of a real-time credit issuing system based off of purchasing history. The opportunities are endless, given access to consumer data and the means with which to harvest salient actionable product development prompts from it.

Regulatory pushback is a large hurdle techfins must overcome to succeed in the financial services world. With antitrust legislative action being launched against big tech companies already, expansion into a new industry might not sit well with regulators whispering of monopolies.

Legislators are actively trying to prevent big tech companies from getting involved in offering digital currencies. Part of this hesitation stems from a distrust in big tech due to the lack of transparency surrounding the treatment and protection of customer data. High-profile breaches have eroded trust in the tech industry and has resulted in outright suspicion regarding big tech’s data security practices. The number of breaches, the wide swath of companies they’ve affected, and the inability of companies to effectively assuage public fears of recurrences have created a climate of distrust. The fear of an unsecured digital currency causing disaster is a very real concern.

Another legislative fear originates from the threat a non-government regulated currency would pose to traditional fiat currencies such as the USD. Separating the power to issue currency from the government is a blow to the current power structure, and impacts the influence the government can exert on both domestic and foreign events. Removing governments’ ability to control currency supply changes the complexion of the monetary landscape.

By removing a central currency issuing authority, the government can no longer create effective monetary policy, track currency movement, dictate policy on who and how people can profit from the movement of money, collect taxes it, or track criminal activity by looking at the movement of that currency. The government manipulates money in circulation in order to stimulate investment and spending, control inflation, and generally exercise some degree of control on economic events. Cryptocurrencies or other digital coins not issued by the state threaten all of that control, and are a major concern. For consumers, digital currencies can reduce transaction times, reduce the cost of moving money, ultimately reduce or entirely remove the possibility of inflation, and afford users anonymity (an increasingly valuable asset for privacy conscious humans in a data-driven world).

Digital currency talk aside, regulators will continue to challenge big tech’s bid for a share of the finserv market. Pushing financial products to consumers is easier said than done, and big tech is likely to focus on the consumer side of things as they already have a foothold there. Launching back-end products like robotic process automation (RPA) software or regtech focused compliance solutions to streamline finserv operations looks like a stretch for big tech companies, although it brings far less regulatory baggage with it.

Facebook is launching a cryptocurrency (most likely). This impending launch is a prime example of the shift to techfin. While cryptocurrency may not be a viable option to base an entire monetary system on, Facebook’s incredible proliferation, to the point of being the ubiquitous social network, may present a viable option for creating a new currency. Facebook’s user base of nearly 2.5 billion monthly active users would constitute the largest country in the world. The company has the user base and the diverse range of partners necessary to ensure a significant amount of interest in the launch. Countries of a few million people have independent currencies, so why not a digital user base of a couple billion?

The only problem is the volatility that has historically plagued digital currencies; however, Facebook’s cryptocurrency differs from others because it’s not designed to be a tradeable asset and a currency—it’s only a currency. The same could be said of Bitcoin at its launch; nevertheless, the wild swings in value have dampened confidence in its ability to store a consistent value. Of course, digital currencies are far from the only product type (if a currency can indeed be labeled as such). Payments has been the favorite realm big tech has breached over the years, despite finserv’s careful guard over it.

The way forward: techfin, fintech, finserv, or a combination?

The likely outcome of the confusing jumble of terms is the development of partnerships. Finservs have realized they cannot ignore fintechs, and fintechs realize the need for a powerful ally in a heavily regulated space. Finservs recognize the potential of techfins to launch legitimate digital only institutions that can cause massive disruption if done correctly. In an attempt to stop this, many will offer craftily constructed partnerships with techfins. In this way, finservs offer the financial services infrastructure and expertise, techfins offer their massive development talent, and fintechs offer an add-on of sorts in more niche alcoves of the cavernous financial services landscape. 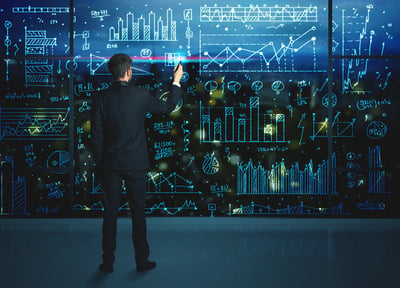 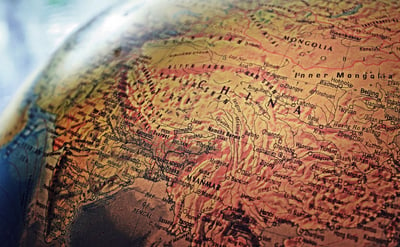 The State of Techfin in Europe and Asia

Big tech companies are expanding their financial services offerings across the globe, but the... 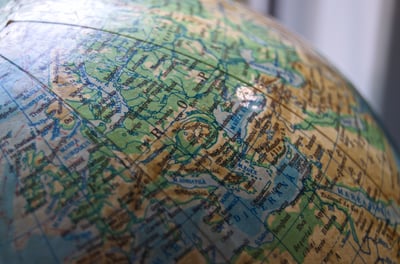