The concept of automation is straightforward: create tools that perform tasks with minimal human involvement. And the motivation for more automation is simple: Companies can do more with less. “More” means companies can sell and deliver a higher volume of products and services than ever before. “Less” refers to the fact that, thanks to automation, fewer resources are required.

Things are more complicated in the real world since automation can yield different results depending on how companies implement and adopt it. However, there are a few things that almost all types of automation have in common. This includes things such as:

The graph below shows a hypothetical scenario of the potential costs and profits during the automation lifecycle, from selection and implementation to maintenance and optimization. The initial costs have a negative impact on profitability; however, this changes over time as automation is adopted and optimized.


This post does not exclusively focus on the main component of Industry 4.0, industrial automation, because any type of automation can contribute to the success of a company.

Let’s take a look at various types of automation and their advantages or disadvantages.

Primary forms of automation existed for millennia, but the First Industrial Revolution made it possible to automate operations on a large scale. As described in my previous monthly column, the Second Industrial Revolution and the Third Industrial Revolution created the right conditions for a global expansion fueled by technology. As companies expanded their operations, they started using software, and later the internet, to increase productivity and effectively track costs and revenues.

Software is omnipresent but requires more than minimal human involvement

If you use business software, you've probably noticed that it requires data entry, configuration, and maintenance. These can be very time-consuming activities, especially for sophisticated software such as ERP systems. While moving to the cloud made maintenance more manageable, other challenges remain. A new problem brought by the consumerization of software is the “bring your own software” trend, also known as shadow IT. As a result, users can utilize software not formally acquired, implemented, and maintained by their employer. Such tools might help employees with daily tasks, however, these tools might bring challenges, such as the inability to integrate these tools with other company software. Privacy and security is another issue since companies have little or no control over these tools.

The main benefit of business software is that there are products and solutions for pretty much any business need. This can include accounting, HR, sales, marketing, procurement, inventory management, and even production of products.

As equipment became more sophisticated, companies tried to find ways to control it with limited human intervention. Some companies leveraged sensors on the shop floor to track equipment usage and important environmental characteristics such as temperature and humidity. Providers of fixed assets created software that analyzes information gathered by these sensors to identify potential issues before they get worse, such as overheating.These solutions were named supervisory control and data acquisition (SCADA) software and are used to monitor equipment data in real time. SCADA tools can translate work instructions into machine language so fixed assets function as they should.

However, there are some downsides to these tools. SCADA software usually requires specific hardware such as programmable logic controller (PLC), which are computers ruggedized for industrial use, to work properly. SCADA and PLC can be challenging to implement and maintain across multiple facilities. Also, these tools are only compatible with sophisticated fixed assets, which are usually cost-prohibitive.

New technological advancements including 3D printing and autonomous robots aren’t different from traditional ones just because they’re new. Another fundamental difference is that they can complete operations without human intervention. Their purpose is not to replace employees but to automate mundane and repetitive tasks so people can focus on complex tasks. This is fascinating since Peter Drucker, one of the fathers of modern management, predicted this in the ’90s when he coined the term “knowledge worker.” His 1992 essay The New Society of Organizations suggested that “knowledge is the primary resource for individuals and for the economy overall.” He predicted that “this transformation will not be completed until 2010 or 2020.”

The new types of automation described below help employees focus on knowledge work by automating repetitive tasks. Most of them aren’t mainstream yet, mostly due to their costs and other limitations, but they are already disrupting many industry sectors including manufacturing and logistics.

A bot is a piece of software programmed to perform tasks automatically. As opposed to business software that covers multiple operations, bots are used for very specific tasks including file transfers or providing simple answers to basic questions. I recently interacted with a bot created by a pharmacy chain. While the bot could give a lot of info on the meds, address of the pharmacy, and other generic information, it was unable to tell me why the prescription was delayed. Some bots are more intelligent than others, but their primary purpose is to perform repetitive tasks that are simple and straightforward.

I looked at G2 reviews for robotic process automation (RPA) software to see how companies use bots. The word cloud below summarizes the most important uses of bots. The most common benefits were time reduction, better work efficiency, replacement of Excel, and less human involvement. When it comes to using bots for specific business needs, the most mentioned were email, projects, and finance. There was no mention of manufacturing operations performed by bots and only a few references to inventory and supply chain.

Bots are relatively easy to adopt. However, they don’t have higher rates of adoption since they aren’t usable for all departments of a company, at least not yet. Companies can create bots customized for their specific needs, but this usually requires a larger investment in RPA software and qualified personnel.

Additive manufacturing (a fancy name for 3D printing) allows companies to quickly create objects and products that can be sold or used as components and parts. 3D printing requires a significant investment in hardware (the printer), and materials used for printing. There is also 3D printing software, which might be delivered with the printer or separately. Another challenge of 3D printing is adapting 3D models to 3D printing software. A 3D model of the item is needed before it’s printed. Usually, this can be created with computer-aided design software. Companies might use CAD libraries software to avoid up-front costs. This allows users to find thousands of 3D models that can be easily downloaded and modified, without having the in-depth knowledge to build them from scratch.

While 3D printers make the news for their capability to create small houses and a 25-foot, 5,000-pound boat, this type of technology is mostly used to create small parts. Another disadvantage of 3D printing is that it cannot print tools or equipment that have moving parts, such as engines. Theoretically, all parts of an engine can be printed separately, then assembled. However, in practice, most 3D printing materials aren’t robust enough to create sturdy engine parts.

Internet of things (IoT) is a system that connects devices of all types using the internet. This includes phones, machines, and more sophisticated assets. When combined with technologies such as GPS or RFID, IoT networks can be used to track people, vehicles, and even animals. IoT applications often span across different business operations such as manufacturing and maintenance, sales, field service, and supply chain.

A significant drawback of IoT is the fact that it requires complex networks to exchange data between devices. Basic devices like smartphones can use Wi-Fi internet connections, but sophisticated equipment requires sensors and customized networks that require maintenance and consume lots of power. IoT may need its own dedicated network. This is partly why telecom carriers recently started delivering low-power, narrow-band networks for IoT.

Robots can be smart, but they’re not always intelligent

Robots have been used in industry sectors like manufacturing for decades. The main characteristic of robots used to be that they could perform complex operations, but they couldn’t learn. Without feeding robots clear instructions and data, they simply couldn’t operate.

Autonomous robots use artificial intelligence and machine learning to adapt to their environment. For instance, warehouse robots can avoid people and other moving objects. In manufacturing, intelligent robots can stop performing specific tasks when they detect a person in their proximity. Some robots can maintain themselves—not entirely but simple things like finding and connecting to a charging station.

As shown below, the industrial robots market is expected to grow significantly in the short term. 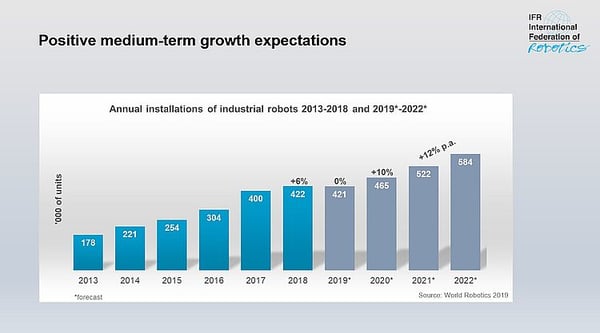 For now, robots are still expensive, and most companies cannot afford to invest in autonomous robots. It’s worth mentioning that the physical environment where robots function can have an impact on their efficiency. This means that industrial infrastructure such as warehouses and production facilities may also need to be improved.

Full automation is very rare and there are only a few examples of fully automated warehouses and factories:

While full automation is still in its early stage of development, it is expected to pick up the pace. Full automation will provide significant benefits to companies, such as:

Despite all the intelligent technologies available today, achieving full automation will take decades. Think of autonomous robots as children—they can learn, but their future performance depends on what and how we teach them. Just like children, robots need more than information; they need to understand the logic behind what they do.

As mentioned in a research paper on Future Trends in Process Automation, “A key issue in control engineering is the application to highly complex systems: the coupling of complicated and large heterogeneous systems in which different disciplines are involved and different types of information are available or have to be uncovered.”

While this report was published in 2007, I think its conclusion still applies today. 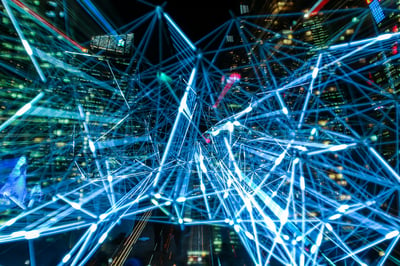 The G2 on Martech: Continued Growth of CDPs and How They Leverage AI

Have you ever thought “Wow, they get me,” when interacting with a brand? It could be as simple... 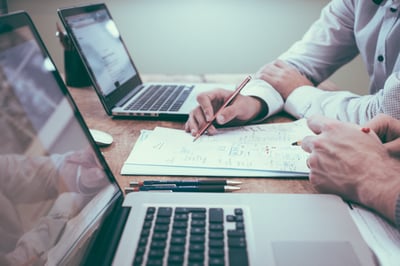 The phrase “time is money” has never been more true than it is now. 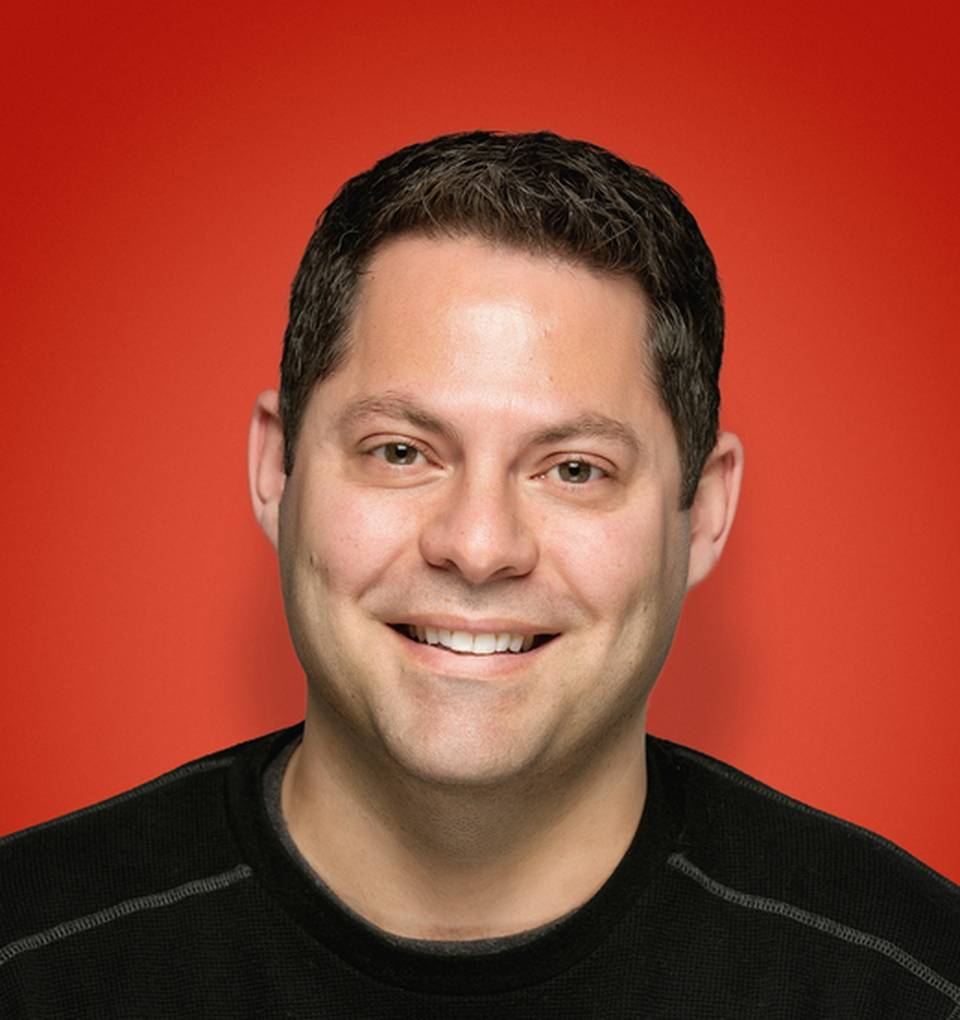 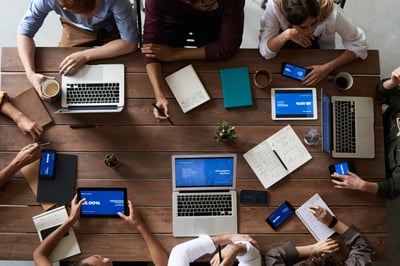 How Industry 4.0 Will Change Project Management

Project management software and methodologies are a form of automation that has been used in...