No one should be surprised that Amazon owns the lion’s share of the cloud computing market.

In the age of digital transformation, cloud service providers (CSPs) are looking for new ways to tackle the digital goliath. Perhaps surprisingly—or not—CSPs have turned to some unlikely places to build their new edge...

Competitor of my competitor

...namely, their own competition. To understand their motivations, let’s first take a look into the company at the top.

Amazon—the online book retailer turned unmistakable market leader in (almost) everything it touches—currently overshadows every other vendor in the cloud market with its dominant arm, Amazon Web Services.

Those numbers speak for themselves, and customers and analysts alike have noticed—or, rather, are unable to ignore—AWS' substantial control over cloud computing. Sourcing data from thousands of real users reviews, G2’s Fall 2019 Cloud Computing Infrastructure report paints a clear and concerning picture of how customers perceive the current state of cloud infrastructure. Reviewers place AWS almost untouchably ahead of the competition. 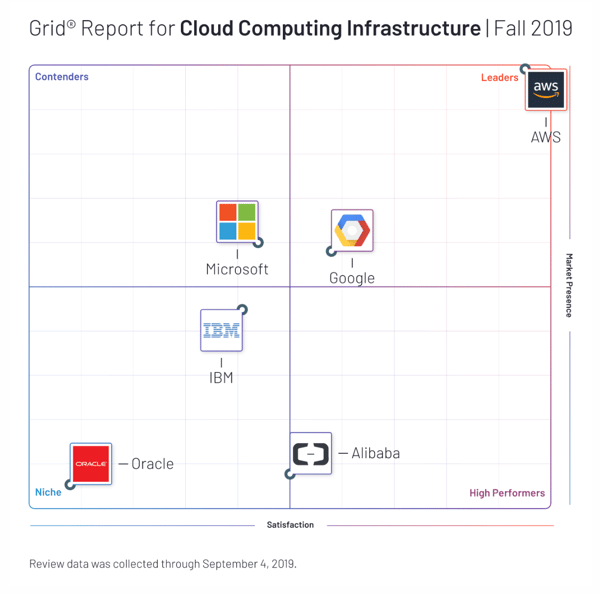 If we examine corporate cloud provision per CSP, we already had signs this was happening leading into 2019. Check out the evolution of public cloud market share in the past four years. 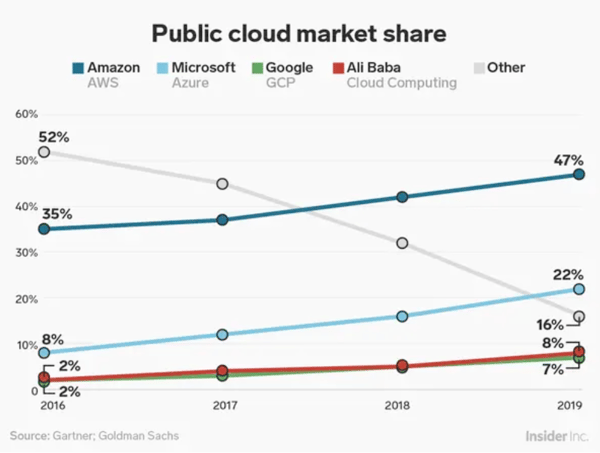 CSP selection has grown to be distinctly less, well, distinct. Not too long ago, 52% of the public cloud was stored in servers outside of the big four (Amazon, Microsoft, Google, and Alibaba). That trend crashed and burned into a measly 16% over the course of just four years. Now, 84% of the public cloud is stored with those four companies—more than half of that belongs to Amazon.

The takeaway? AWS isn’t even the biggest thing happening at Amazon (although it brings in the largest net profit), but it is nearly uncontested in its own market.

Setting aside differences for a united front

The aforementioned data is deeply uncomfortable to every other company looking to compete with Amazon in 2020. Providers with previously tepid or contested relationships with each other are realizing that, to compete with or beat AWS, going solo simply isn’t an option.

When looking back on 2019, it's clear it was the year of cloud partnerships. Big ones. And while the following list is far from exhaustive, it does represent some of the largest contenders in cloud computing.

The future of cloud partnerships

Ultimately, the above partnerships—and numerous others not mentioned here—stem from one simple, pervasive, inevitable thought.

Amazon is too far ahead, and no one can compete alone.

To draw on Tolkein, it’s a lot like watching Rohan and Gondor, elves and dwarves. No longer willing—maybe no longer able—to take up the fight alone, CSPs are turning to new and sometimes unexpected allies to breathe life into the competition. (This is not to say, of course, that Amazon is Mordor; that’s unfair. End of metaphor.)

We don’t know how these new partnerships pay off in 2020, but I look forward to the potential innovation birthed by the combined willpower and technical prowess of these organizations. 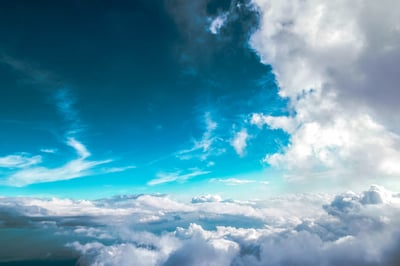 The G2 on the Cloud: The History of Cloud Adoption 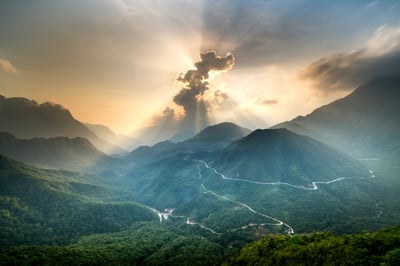 The Case for Multicloud Infrastructure Adoption

Putting all your eggs in one basket doesn’t always work out well. We’ve all done it, and when... 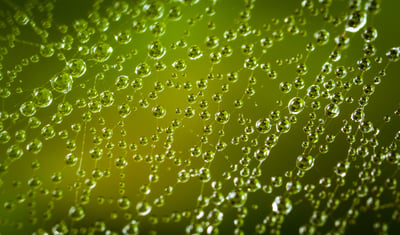 I recall—and many of us can relate to—picking up X-ray sheets from one doctor and driving them...