WHOOP, a Boston-based digital fitness startup, announced on Nov. 12, 2019, that it had raised $55 million in Series D funding, a combination of both equity and debt. This funding round brings the company’s total investment to roughly $100 million.

This announcement comes hot off the heels of Google’s announcement that it intends to acquire Fitbit. Interestingly, WHOOP’s Series D round was led by Foundry Group, a Fitbit investor. Other investors included Two Sigma Ventures, Accomplice, Thursday Ventures, Promus Ventures, and Silicon Valley Bank, as well as strategic individuals.

WHOOP uses a combination of hardware and software to measure and analyze users’ physiological data and optimize the way they train, recover, and sleep. Its wearable tech, WHOOP Strap, uses five sensors to collect 24/7 data on metrics like heart rate variability, muscle strain and recovery, and sleep patterns. Users can then access this data via the app, all of which is only available through a monthly membership. Notably, WHOOP is an outlier in the wearable tech space because the company no longer charges an upfront cost for their device; instead, it is included for free with a user's monthly membership.

WHOOP’s CEO and cofounder, Will Ahmed, stated in the announcement that this new capital will go toward improving the membership experience, such as new analytics features, new software features to connect users, and upgraded membership services. He has yet to disclose the company’s financial position, but described it as healthy. Thus far, WHOOP has captured the attention of relevant high-profile investors such as Twitter CEO Jack Dorsey, former NBA commissioner David Stern, and highly celebrated NBA basketball player Kevin Durant.

WHOOP’s user base is extremely diverse, ranging from professional athletes and Fortune 500 CEOs, to fitness enthusiasts and endurance competitors, to doctors and military personnel. While the company prides itself on being a pioneer in human performance tech, wearable products all over the market have begun to measure a range of health analytics. Take Apple, for example, whose Apple Watch 4 now includes both an atrial fibrillation-detecting algorithm and an ECG. Technology is rapidly transforming the way people manage their health and wellness, and digital fitness tools will continue to not only impact personal fitness, but also enhance the health care sector’s approach to patient care.

What’s next for WHOOP? More sensors! In TechCrunch’s write-up, Ahmed is quoted as saying, “You’ll see Whoop over time worn throughout your body. The tech can live in other areas of the body, people will not even know you are wearing a sensor. We like the idea of tech being invisible while still being there.” WHOOP Strap already features an uncharacteristically bare design for wearable tech, forgoing the typical screen and instead only having its sensors on the inside lining. This idea of invisible tech was also stated in Google’s blog post about the Fitbit acquisition, when Rick Osterloh, senior vice president of devices and services, wrote, “We believe technology is at its best when it can fade into the background, assisting you throughout your day whenever you need it.”

Indeed, wearable tech stands to dramatically change the way people manage their day-to-day health. These types of digital fitness tools can collect vital data that might be the key to unlocking athletes’ peak performance, or helping everyday people make small changes that lead to better health outcomes. Whatever the case, these unimposing wearables are harboring an immense amount of health data, and users shouldn’t forget that. WHOOP is primed for an acquisition in the near future, and wherever WHOOP goes that data will follow.

Dominick is a Senior Research Analyst at G2 specializing in nonprofit software, with other vertical industry coverage including healthcare, government, and hospitality. Prior to joining G2, he spent years in the nonprofit sector as a fundraiser and grant writer, and he is deeply invested in understanding how nonprofits can make better use of the technology available to them. In his free time, he enjoys video games, museums, and reading and writing poetry. 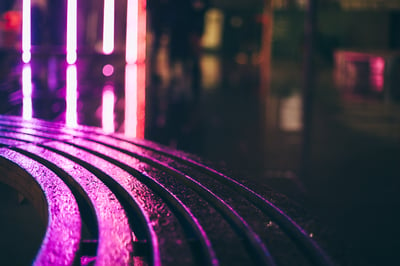 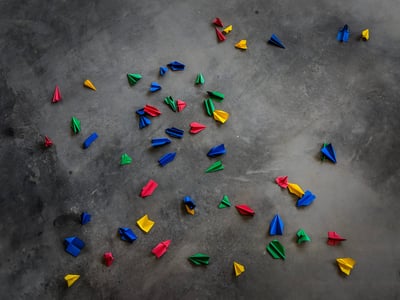 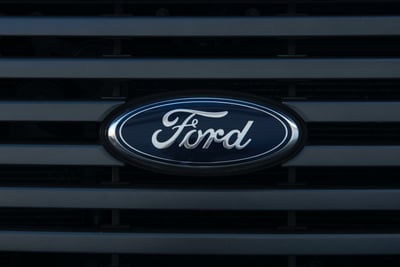 Ford has entered into a five-year contract with e-commerce payment processing company Stripe,...