On January 2020, Visa entered into a definitive agreement to purchase Plaid, the leading provider of financial data APIs in the market, at twice the amount ($5.3 billion) of their most recent valuation.

Two months ago, the DOJ brought an antitrust suit against Visa to halt the acquisition, claiming that they were seeking to eliminate a significant threat to their debit business by acquiring Plaid. While Visa leadership was confident that they would prevail in the lawsuit, they decided they wanted to avoid protracted litigation and the deal has been dissolved. There was a mutual decision to terminate the deal, so no termination fees were paid.

What does this mean for Plaid?

Plaid is the connective tissue of the fintech world, providing consumers with an easy way to link their bank accounts with their fintech applications. Major fintechs including Chime, Venmo, Transferwise, and Acorns all leverage Plaid’s APIs to fuel their applications. The company, which links to 15,000 banks in the US and Canada, has seen unprecedented growth over the past year, fueled in part by the pandemic’s acceleration of digital-first banking.

Some sources suggest that the DOJ suit was a convenient out for Plaid, whose leadership had gotten cold feet because of what they perceived to be a low purchase price after a year which saw them increase their customer base by 60%. It looks like Plaid will raise money to fuel its growth strategy, its leadership having dismissed speculation that they might form a special purpose acquisition company (SPAC) to speed their route to an IPO.

Is the regulatory wall scalable?

The announcement of the merger last year was met with enthusiasm by the fintech space, which saw it as a rousing endorsement of the fintech world’s place in the financial services industry. The DOJ’s lawsuit dampened some of that excitement, and some saw it as a sign of regulatory brakes being applied to consolidation led by major incumbents. Interestingly, Mastercard’s acquisition of Finicity (purchase price of $825 million) in June 2020 was not contested by the DOJ. Finicity provides a set of offerings to fintechs and banks similar to Plaid’s, with a particular focus on fueling credit decisioning insights. The uncontested purchase of Finicity revamped the positive M&A outlook for fintechs, particularly financial data aggregator fintechs, who can continue to explore a wider range of options between early, low-mid dollar exits, and a shot at an IPO.

Effect on the fintech world

G2 saw traffic to the Financial Data APIs category increase 134% from January 2020 to December 2020. This traffic increase is representative of the value fintechs are placing on easy access to banks’ financial data to fuel their financial applications. The pandemic has fueled massive growth in the digital banking realm, due to an increase in cashless transactions, and oddly enough, the acquisition’s failure has been a net positive in terms of Plaid’s market value and the outlook for fintechs in general. The DOJ citing the threat (albeit not a fully developed one) posed to a behemoth like Visa is a good indication of the power of data-driven fintechs and the potential for valuations to skyrocket in the coming year.

Patrick is the manager for the verticals and tech teams as well as G2's fintech and legaltech senior analyst. As a G2 analyst, Patrick focuses primarily on the fintech and legaltech spaces in addition to a slate of other vertical categories. Fintech's explosion in popularity has created a compelling challenge to accurately represent the spaces on G2 and produce high-quality, relevant content for external consumption. Patrick leverages his relationships with vendors, the unique data that G2 has accrued via more than 1 million user-generated reviews, market surveys, and product data to produce insightful reports and thought leadership content within his two focus spaces.

Visa Acquires Plaid for $5.3B

On Jan. 13, Visa entered into a definitive agreement to acquire Plaid, the preeminent provider... 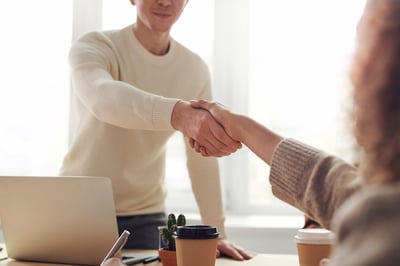 PayFit, the cloud-based payroll and HR management platform, has announced it raised $107... 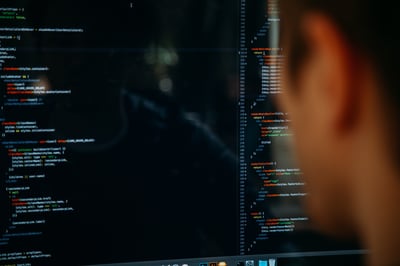 Labelbox’s $110 Million Fundraise and the Importance of Labeled Data

Labelbox, a startup that focuses on data labeling, announced its Series D funding on January...