“We’ve made the decision to stop all political advertising on Twitter globally,” Dorsey said in the first message of a tweet thread. “We believe political message reach should be earned, not bought.”

A political message earns reach when people decide to follow an account or retweet. Paying for reach removes that decision, forcing highly optimized and targeted political messages on people. We believe this decision should not be compromised by money.

Dorsey said Twitter would be sharing the details and exceptions of its updated policy by Nov. 11 and begin enforcing it on Nov. 22.

The decision comes just weeks after Facebook CEO Mark Zuckerberg faced intense criticism for his company’s updated advertising policy, which now exempts political ads from being fact-checked. During a speech at Georgetown University, Zuckerberg defended his stance: “We think people should be able to see for themselves what politicians are saying,” he said. “I don’t think it’s right for a private company to censor politicians or the news in a democracy.”

Both Twitter and Facebook have come under fire recently for their controversial handling of political ads. Earlier this month, U.S. presidential candidate Joe Biden sent letters to both platforms regarding an ad run by President Trump’s campaign. The ad made a claim against Biden and his son, Hunter, which has since been debunked by third-party fact-checkers. Shortly after, U.S. Senator Elizabeth Warren ran an intentionally false Facebook ad to criticize the platform’s policy on political ads. Facebook and Warren continued to spar over the issue on Twitter, ironically.

As social media platforms face increasing pressure to regulate political advertising, this latest move from Twitter should come as no surprise. And Twitter isn’t the first to take this step: Earlier this month, video app TikTok announced it would ban paid political ads.

Though Dorsey’s announcement was a clear swipe at Zuckerberg, the Facebook CEO isn’t showing any signs of backing down. Minutes after Dorsey’s tweets, Zuckerberg kicked off his company’s Q3 earnings call with a defense of Facebook’s stance on political ads, framing it as an issue of free speech.

But Dorsey said Twitter’s decision wasn’t about free expression. He pointed out that while online advertising is a powerful and effective tool for commercial advertisers, technological innovations in machine learning and artificial intelligence have serious implications for internet political ads. “That power brings significant risks to politics, where it can be used to influence votes to affect the lives of millions,” he said.

What it means for advertisers

With the 2020 U.S. presidential election nearing, it’s clear that public concerns about political advertising are reaching their peak—though for now it seems unlikely that any other social platforms will follow the example set by Twitter and TikTok. Google, which owns YouTube, has been silent on the matter, and in fact seems to be focusing on boosting political ad revenue. The tech giant recently announced that on Nov. 15, it would begin allowing politicians to reserve ad space on YouTube for the 2020 election. In light of Twitter’s announcement, political advertisers are likely to shift much of their spend to the video platform instead. Video marketing is already on the rise, and advertisers certainly stand to gain from working with YouTube: According to the latest Pew Research poll, 73% of American adults use YouTube compared to Facebook’s 69% and Twitter’s 22%.

Though political ads accounted for only a small fraction of Twitter’s overall advertising revenue, the platform has long been an important channel for political discourse. Pew Research poll from this year revealed that U.S. Twitter users are younger, more educated, and more likely to be Democrats than the general public. With 68 million active monthly users in the U.S., Twitter is a significant channel for marketers looking to reach a young, liberal demographic. Political marketers will now need to refocus their Twitter strategies and embrace more organic social media marketing. 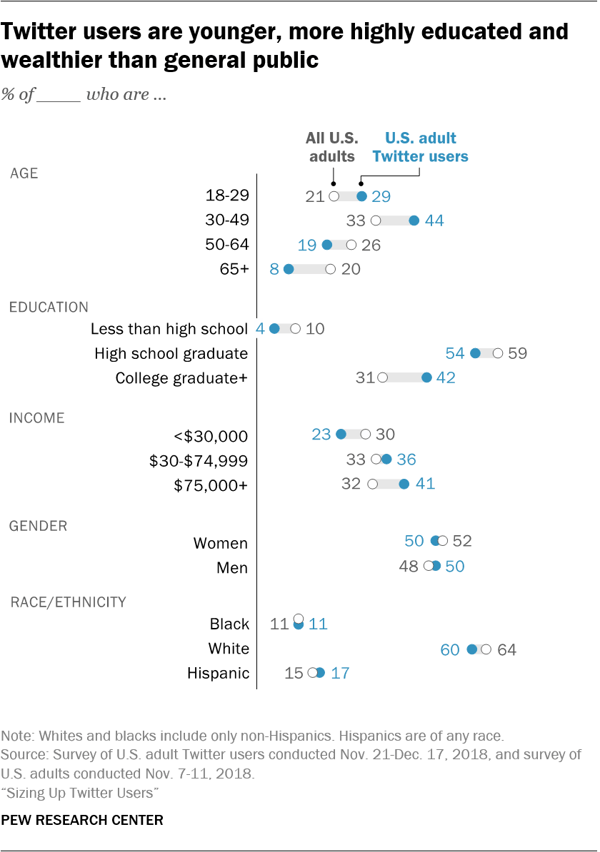 A quick look at G2’s review data supports this finding. Twitter Ads has 160 reviews on G2, with a rating of 3.8 stars out of 5. Many reviewers praise Twitter’s ability to target specific demographics, namely younger audiences:

“Twitter has proven to be the best social media platform through which my organization can reach young people actively, even more effectively than Facebook ads.”
—Twitter Ads review by Jaco J.

“We have successfully reached potential customers between the ages of 18-30 through Twitter ads more than on any other social media advertising platform.”
—Twitter Ads review by Richard Oluwseun I.

“The benefit of using Twitter over Facebook is that the audience is younger, and that is our key demographic.”
—Twitter Ads review by Kimberly M. A.

For the most part, commercial advertisers can breathe easy, as they should remain unaffected by the ban. However, as Dorsey pointed out in his announcement, the ban applies to candidate ads as well as “issue ads.” How the platform will define political issues remains to be seen. In 2018, Twitter established a U.S. issue ads policy that identified “abortion, civil rights, climate change, guns, healthcare, immigration, national security, social security, taxes, and trade” as examples of legislative issues regulated by the policy.

If Twitter retains this list of issues in its ban on political ads, it would be a monumental deal for news organizations and event organizers looking to promote tweets about these topics. Marketers and advertisers who frequently post content surrounding legislative issues should keep an eye out for Twitter’s full policy and consider how their social media campaigns may be affected.

What it means for political organizations & nonprofits

While the full extent of Twitter’s updated policy won’t be shared until Nov. 15, political organizations, whether they be campaigns or issue-focused groups, should begin reassessing their outreach strategies now. This change will force them to either identify a new advertising platform or deepen their in-person community outreach. There have been several examples in recent political campaigns that show the power of engaging constituents in person, but smart, targeted advertising can mobilize people who would be otherwise unreachable through normal campaigning. Likely, most political organizations will first seek to identify loopholes in Twitter’s updated policy and run veiled advertisements that skirt around the new guidelines. For example, Facebook’s attempt in 2018 to increase political advertisement funding transparency was quickly exploited by creating scapegoat companies to serve as a funding source, which obscured the identity of the actual company pushing the ads.

For nonprofits, this change will largely make no impact in how they approach political messaging. IRS guidelines prohibit 501(c)3 organizations from directly or indirectly engaging in political activities that support or oppose any candidate for elective public office. This means that no nonprofit should have been running political candidate ads prior to these changes, and if any were they would likely have their 501(c)3 status revoked and have excise taxes imposed. Dorsey did clarify that voter registration awareness ads would still be allowed under the new policy, which should ease grassroots advocacy organizations’ worries. Additionally, nonprofits that engage in lobbying may still need to navigate the new policy to determine what advertising, if any, will be allowed in regards to legislative awareness. Nolo references a John Hopkins survey that showed only roughly 15% of nonprofits devote more than 2% of their total budget to lobbying activities, but those whose mission aligns with political activism still rely on advertising and other digital awareness campaigns to improve voter education.

Both political organizations and nonprofits rely on digital campaigns to bring their missions to a wider audience beyond their geographic locale, but the power of in-person engagement remains a valuable approach to encouraging supporters. This new policy change will shake up the political landscape and force organizations to reevaluate how they are working to appeal to would-be and existing supporters. Advertising enhances these operations, but there should still be a strong person-to-person campaign strategy being augmented by these digital means.

Stephanie is a Market Research Manager and Senior Research Analyst at G2 concentrating on marketing and digital advertising software. Prior to joining G2, Stephanie spent four years in B2B marketing and event management at an independent publishing company. This experience nurtured her passion for understanding how technology can help solve the unique challenges small businesses face today. Stephanie’s areas of interest include brand perception, customer experience, SEO, and local marketing. She received her BA in journalism and Spanish from Marquette University and in her spare time enjoys reading, gaming, and trying new vegetarian restaurants. 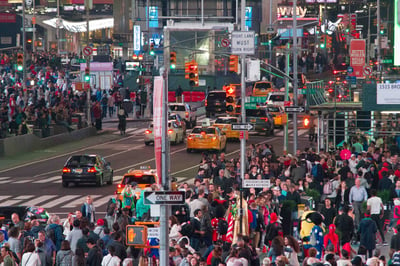 How Crowdfunding Changed the Fundraising Landscape 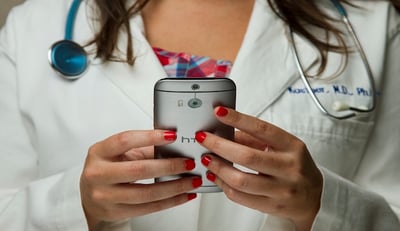 2022 Trends in Telemedicine and Hybrid Healthcare 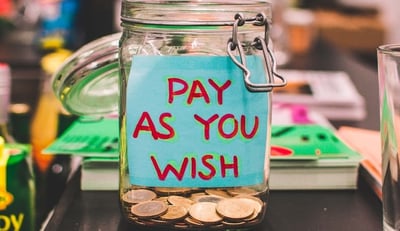