ChatGPT is a natural language processing (NLP) model powered by generative artificial intelligence, which comes with various capabilities such as producing human-like text responses to user questions, creating content, writing code, and more, based on training on huge volumes of data. Its ability to emulate human conversation while demonstrating empathy has taken the internet by storm. It is capable of generating long strings of the original text rather than providing just a binary response.

The announcement comes at a time when reports of Microsoft investing a $10 billion stake in ChatGPT-owner OpenAI have been making headlines. The availability of Azure OpenAI Service will empower Microsoft’s customers to access and use various AI tools in their own applications.

Let’s examine the implications of this integration.

How would the addition of ChatGPT to Azure Services impact Microsoft and its competitors?

Microsoft’s Azure OpenAI Service enables customers to benefit from large-scale AI models that can create novel content instead of simply analyzing or working on a given dataset. Investment in ChatGPT may offer robust search capabilities and help in shooting Microsoft Bing’s position among the top contenders in web search, a market currently dominated by Google.

The tech giant has also announced a wider availability of Azure OpenAI Service, which will allow Azure customers to use OpenAI products in their own cloud applications. It has been accessible to a limited set of customers since its release in 2021.

Customers will have access to various OpenAI tools like the Generative Pre-trained Transformer (GPT) 3.5 language system. GPT-3.5 is a finetuned version of GPT-3, a feed-forward language model that leverages machine learning to produce human-like responses. With an initial text as a prompt, it generates text that continues the prompt. ChatGPT is based on GPT-3. Azure customers will also have access to OpenAI’s Codex and Dall-E model. Codex turns simple natural language commands into over a dozen popular coding languages, while Dall-E helps in speeding up workflows by generating images from text prompts.

Matthew Miller, senior market research analyst at G2, notes, "businesses should view ChatGPT and OpenAI’s other offerings as tools to supercharge employees. As such, they should be leveraged to assist them in their day-to-day work, allowing them to focus on higher-level tasks. It should not be viewed as a magical tool that can act autonomously, due to its nascent nature and proclivity to imagine facts that neither were nor are grounded in reality."

Microsoft announced that businesses of all sizes are using Azure OpenAI Service to do more with less, improve experiences for end users, and streamline operational efficiencies internally. From startups to multinational corporations, organizations small and large are applying the capabilities of Azure OpenAI Service to advanced use cases such as customer support, customization, and gaining insights from data using search, data extraction, and classification.

Microsoft’s competitors in the cloud computing space have been seeking to align themselves with high potential generative AI startups. Yet none of these startups have produced AI models with the scale or range of OpenAI. 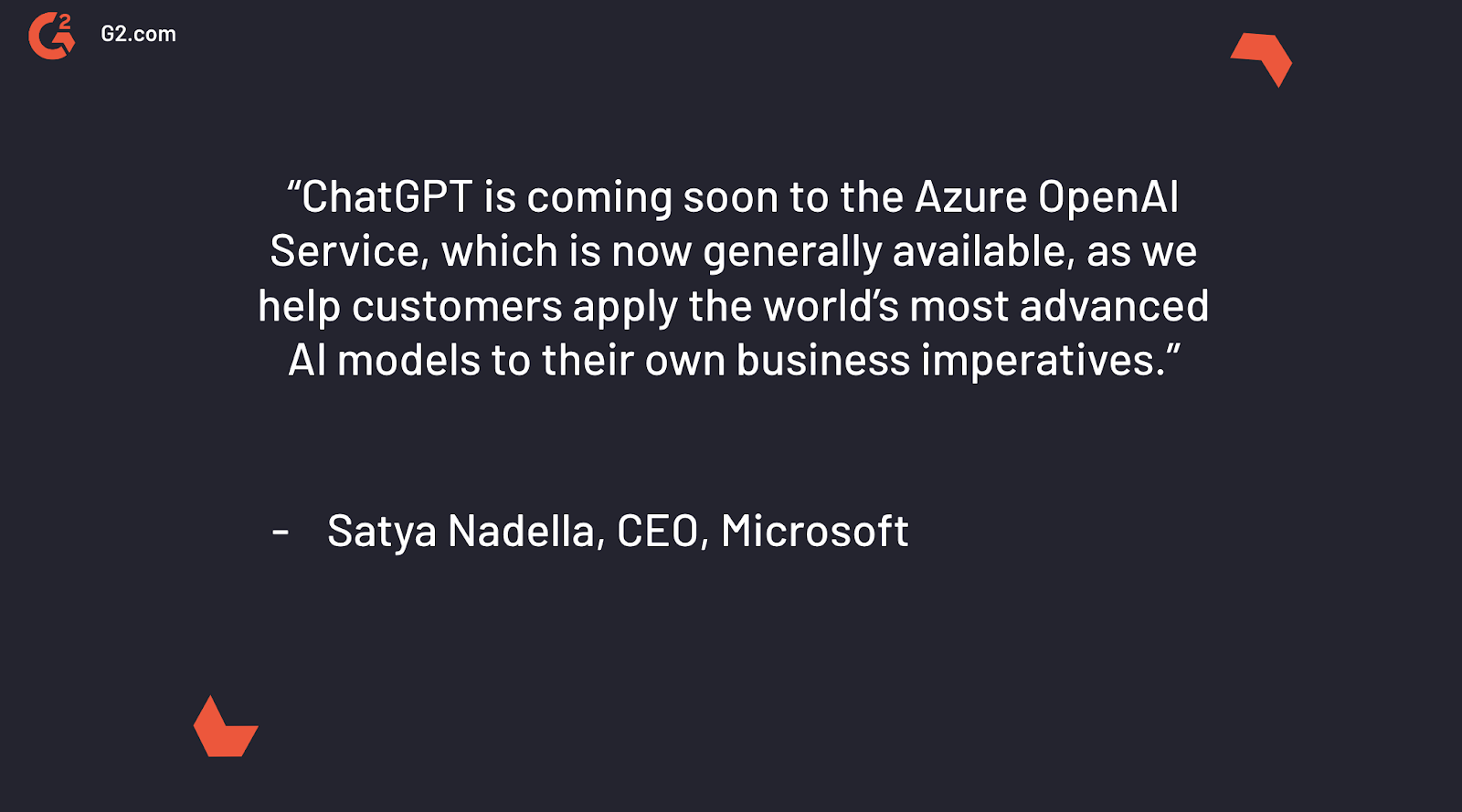 What does G2 data for Natural Language Processing (NLP) categories say about the market?

Based on G2 reviews and data, Microsoft is a market Leader in the G2 GridⓇ for Natural Language Understanding (NLU) category.

However, it is a Contender in the Text to Speech category GridⓇ.

The software giant has no presence on the Natural Language Generation (NLG) software GridⓇ. Investing in OpenAI will help not only provide Microsoft the much-needed competitive edge, but will also gnaw away at their competitor’s dominance in the overall NLP market.

Anindita is a Research Analyst at G2 concentrating on cloud technologies, CAD, PLM, and web hosting services. Prior to joining G2, Anindita spent 3 years in the market research industry, tracking, analyzing, sizing, and forecasting the industrial printer and printer consumables market in India. She is passionate about technology and enjoys learning about the latest trends in software and its impact on businesses. In her free time, she enjoys reading, sketching, and traveling. 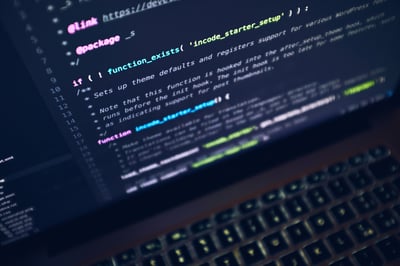 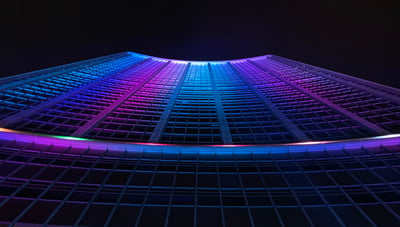 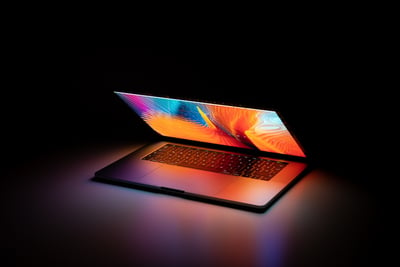